The idea to found a new college in memory of John Keble was discussed by a group of his friends at Keble’s funeral in April 1866. By modern standards, the speed with which their plans were realised was little short of miraculous. 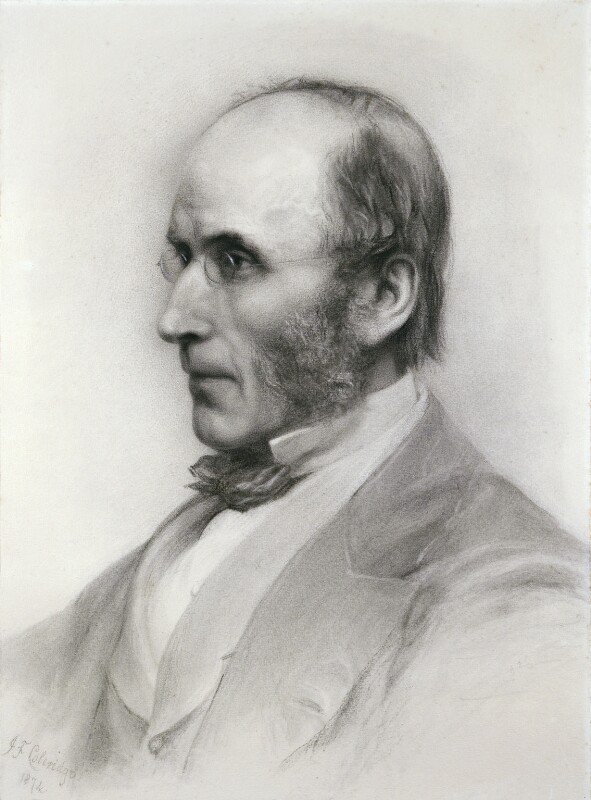 In four years they raised enough money to buy the land, commission an architect and complete the east and west ranges of Liddon Quad and the imposing main gatehouse, all ready in time for the first forty undergraduates to take up residence in the autumn of 1870. Building continued throughout the 1870s: the Chapel was completed in 1876, the Warden’s Lodgings in 1877 and the Hall and Library in 1878, by which time 140 undergraduates were living in Liddon and Pusey Quads.

Keble’s founders chose William Butterfield (1814-1900) as its architect. A man closely associated with the Oxford movement, he had designed churches and vicarages for Anglo-Catholics all over Britain as well as in the colonies, Melbourne cathedral in Australia being a particularly well-known example. His was a controversial choice, and Butterfield’s architecture has long provoked argument.

For decades ivy hid much of the polychrome brick and the buildings were variously derided as hideous and a joke. Opinions began to change in the latter half of the twentieth century and Butterfield’s Keble, Grade 1 listed, is now widely regarded as one of the finest examples of Victorian Gothic anywhere.

In the 1950s the College managed to buy the land that is now occupied by Hayward and De Breyne Quads, built in the 1970s. The architects, Ahrends Burton and Koralek, won the commission with their strikingly modern yet entirely complementary design. The project was driven by a group of young academics whose view was that Keble had the finest collection of 19th century buildings in Oxford, and they saw no reason why it shouldn’t have equally fine 20th century buildings. The ABK development became Grade 2* listed in 1999, one of the youngest buildings to receive that accolade. 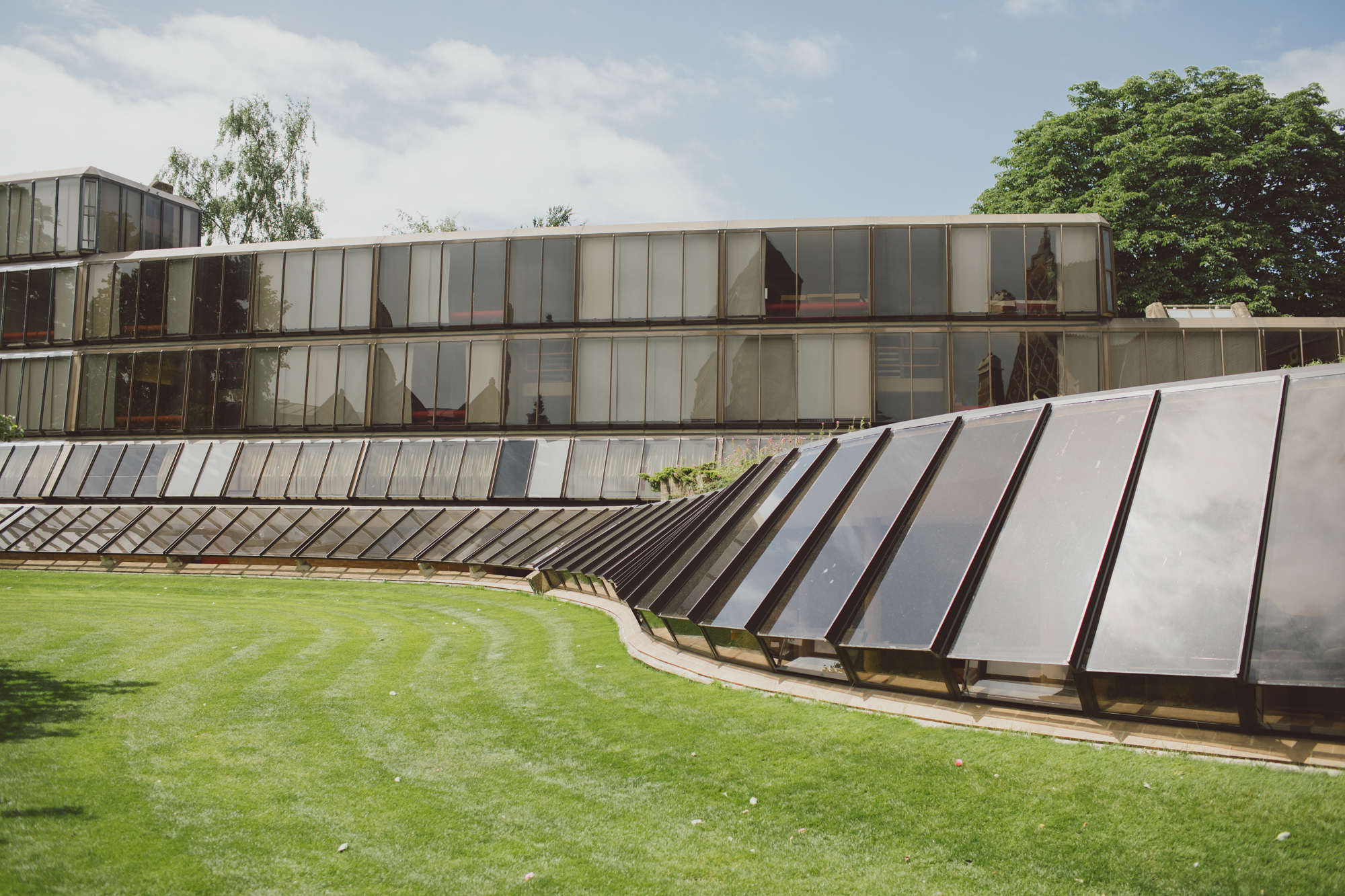 The insatiable demand for more student accommodation led to the commissioning of Rick Mather Architects to design what became the ARCO building, opened in 1995 in what had previously been the Fellows’ Garden. Rick realised that a sister building would complete the space, and what became the Sloane Robinson Building was opened in 2002, creating Newman Quad. 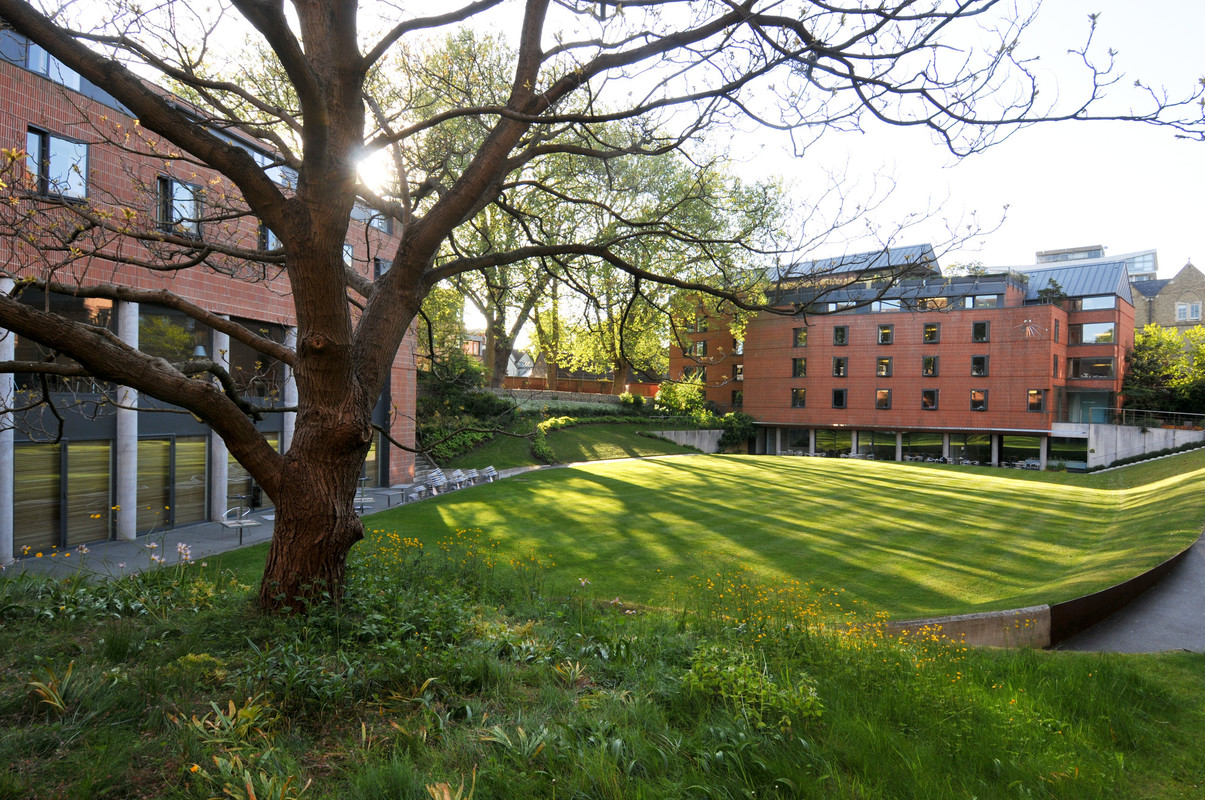 Butterfield favoured simple landscaping that did not take attention away from his architecture, and proposed little more than the lawns in Liddon and Pusey. The sunken Liddon lawns, in particular, set off the architecture superbly and in recent years much effort has gone into improving their appearance. Against this background the planting of the borders presents many challenges, and the Gardens and Grounds staff are constantly experimenting with different colours, shapes and combinations of plants to soothe and delight without competing with the architecture. 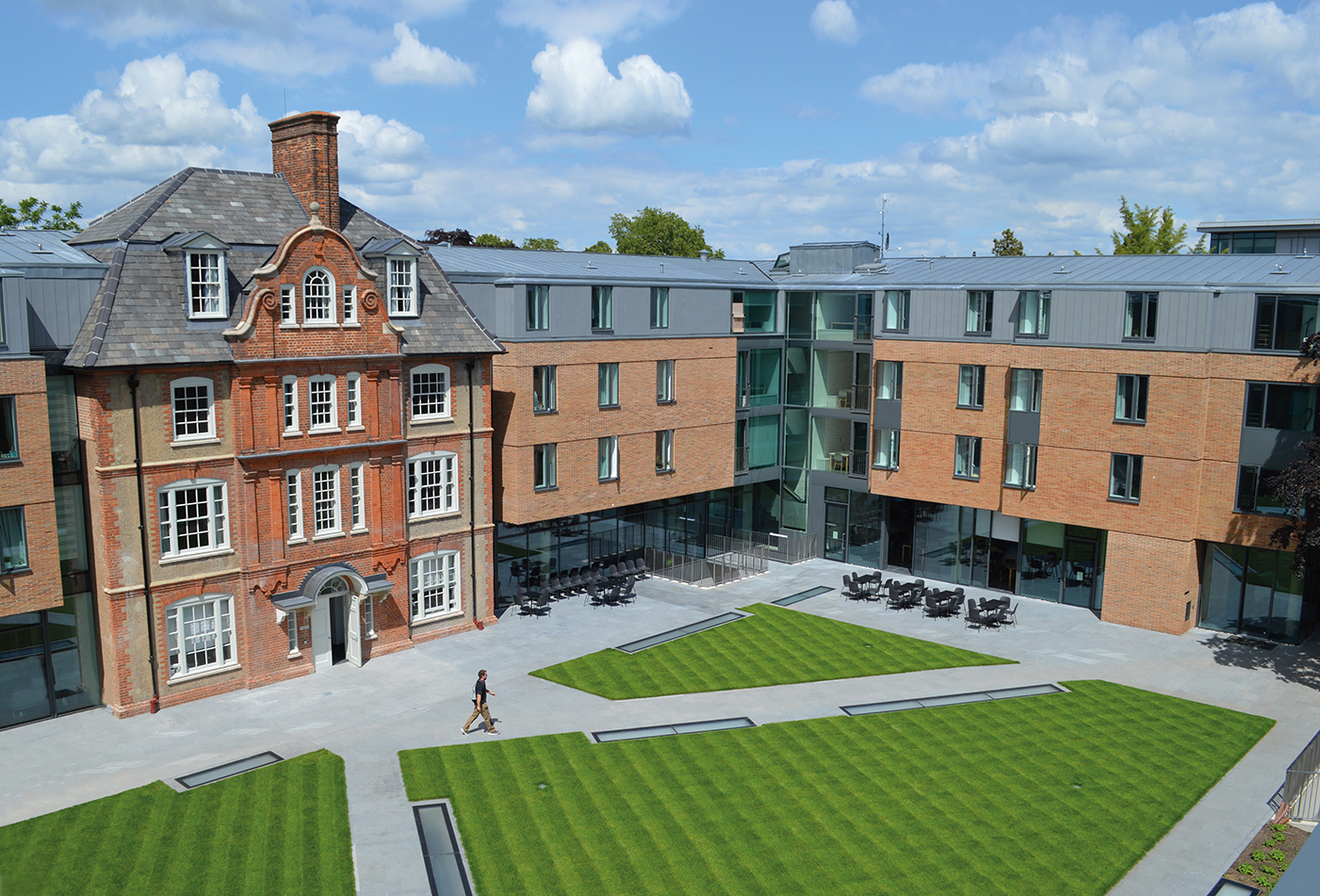 The H B Allen Centre Quad

The past twenty years have seen a dramatic growth in Oxford’s graduate population. In 2004 Keble successfully bid for the Acland hospital site – one and three-quarter acres of prime real estate located in the heart of the science area, just five minutes from the main site. Rick Mather’s firm was again appointed to design what is a unique multi-purpose set of buildings housing 250 graduate students and providing 2000m2 of office and research space, much of it under the quad. There are lawns and planted banks on top of the basement space, sunken gardens and a water feature.