Visit Oxford this summer and discover the iconic TV and movie set locations of the City. From cobblestone streets to historical gardens and buildings, Oxford has drawn a crowd for TV and movie productions over the years.

Begin your “On Location” visit with a stay at Keble College (where several episodes of Morse and Endeavour were filmed). Enjoy a full English breakfast in Keble College Hall, the gothic dining hall said to be the inspiration for the Harry Potter films.

Let’s face it, we’ve spent more time in front of the telly in the last year! Set yourself a challenge of how many locations you can recognise!

The Harry Potter films were filmed across Oxford, and it’s said that Keble College Hall was the inspiration for the Great Hall seen in the films (later filmed at Christ Church College).

Endeavour is currently a popular TV series set in the 1960s. As described by the crew, Oxford is full of “little secret areas where exchanges can happen”, with a timeless feel that fits perfectly with the atmosphere of the series.

From UK TV classics like Morse, His Dark Materials or Brideshead Revisited, or big budget movie franchises like Harry Potter, James Bond, The Golden Compass and X:Men, each used Oxford’s stunning buildings and history as the backdrop for their stars. You can find an exhaustive list of Oxford location credits in film and TV at DailyInfo.co.uk.

A City of Dreaming Spires

True to its name, Oxford has been home to some of the most famous authors, who wrote their dreams into literary legend.

CS Lewis studied and later worked on the faculty at Oxford University (Magdalen College) and is best known for The Chronicles of Narnia. His close friend JRR Tolkien, creator of the Lord of the Rings Trilogy, also worked in the University. Oxford was unquestionably the inspiration for these novels.

William Shakespeare was a regular to Oxford on his journeys from London to Stratford upon Avon.

On Location in Oxford

One of the best ways to fit them all in is to take a walking tour which gets you up close and personal with the locations. The always-enthusiastic guides will provide you with a detailed insight into the productions, and perhaps reveal a few secrets!

Oxford has a selection of independent cinemas where you can view the latest movies, as well as special screenings. Visit UPP and Curzon Oxford for all the details and advanced bookings. 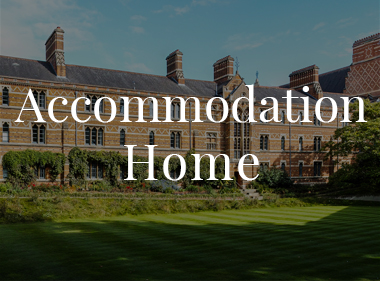 Plan your next trip to Oxford with Keblestaycations

Read our blogs to learn more about what there is to do and experience on a visit to Oxford, as well as the formidable history of Keble and the city of Dreaming Spires.