A team led by Keble Professorial Fellow Chris Gosden has been awarded a prestigious European Research Council (ERC) Synergy grant of €10.4 million for their project, ‘Horse Power: Interactions between China, Mongolia and the steppe 2000-0 BCE’. 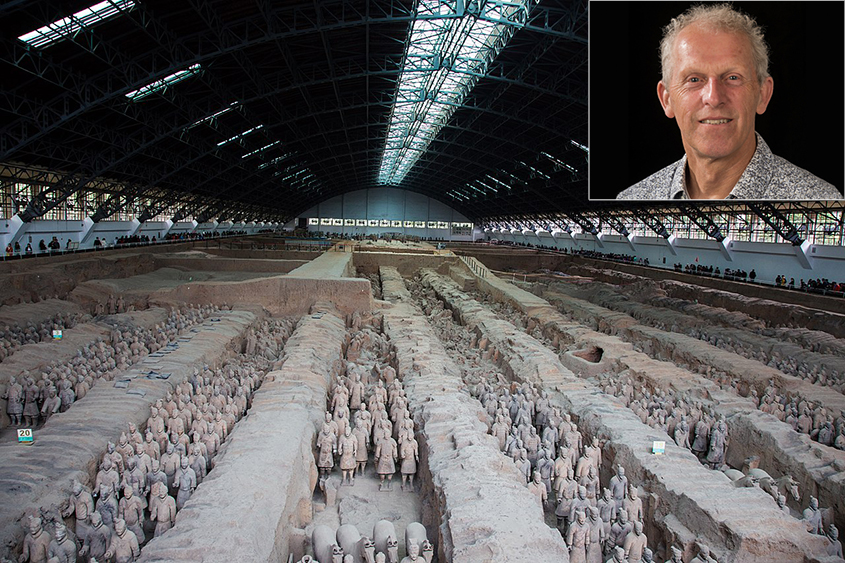 The study seeks to create the first holistic account of the material basis for two major states — the mobile Xiongnu in Mongolia and the Qin in China — whose interaction helped set the basis for the Silk Road. As part of the six-year project, the team will excavate both Mongolian khirigsuur monuments and the Qin First Emperor’s mausoleum complex, working across linguistic boundaries (Chinese, Mongolian, English) and taking in techniques from science and social science.

ERC Synergy Grants help groups of two to four outstanding researchers bring together complementary skills, knowledge and resources in one ambitious project which has the potential of becoming a benchmark on a global scale. ‘Horse Power’ is one of only 29 projects funded this year out of 360 proposals.

More information about the project is available on the School of Archaeology website.